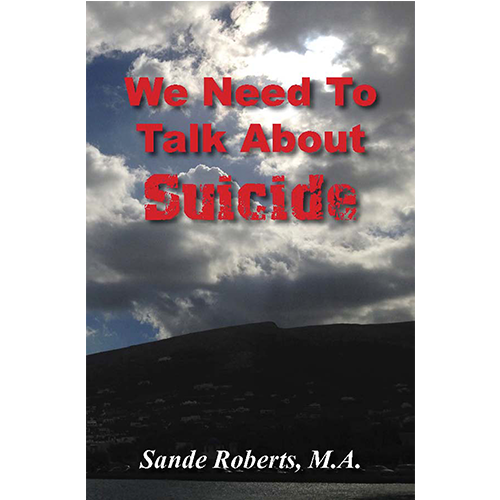 We Need to Talk About Suicide

Why is Suicide Such a Hard Topic to Talk About?

People are often afraid to bring up the word suicide, thinking it will give someone the idea to end their life.

Believe me when I tell you that you cannot someone the idea. Often, those who are in a crisis situation are stuck between a death wish and a desire to live. They are simply not sure what they want to do. Some people talk about suicide, giving others a chance to intervene. Sometimes the conversation in a suicidal person’s head feels so loud, it’s hard for them to believe it can’t be heard by others. Talking about suicide creates a release valve and opens the door to alternative options.

You can make a difference by recognizing the warning signs of suicide. Statistics say eighty percent of people who attempt or complete suicide give some form of warning signs prior to their attempt. After hundreds of assessments and interventions, we can identify ten types of life situations that lead to contemplating suicide.

This book contains true stories and information on how to recognize and respond to verbal and behavioral cues. It will help you find ways to approach people you care about and intervene before it is too late.