Sande Roberts is the author of We Need to Talk about Suicide and adjunct faculty at Phoenix College. She is a certified master trainer in suicide prevention and intervention holding a master’s degree in psychology as well as numerous certifications. Her 30  years of experience working in the crisis and behavioral health fields includes implementing prevention programs in middle and high schools.

She is a highly sought after consultant working with fire, police, aviation and other government agencies across Arizona and California. Her workshops include Communication Styles, Conflict Resolution, Suicide Prevention, Language of Money and Let’s Talk about Sex. Sande is often called by print, radio and television media to share her expertise and provide insight into current events.

As part of her work, Sande obtained funding from: 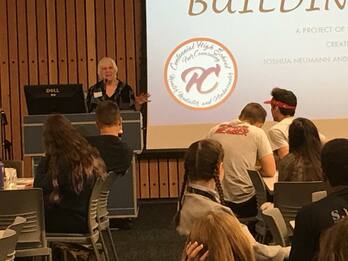 Program Engineer – Sande has built peer counseling programs in California and Arizona. Her first creation was a program at Half Moon Bay High School. During the first four years, while Sande was running the program, it won accolades for presenting at statewide conferences. 30 years later, the program is still going strong. Her most recent venture, Centennial High School, has become a state-of-the-art program for peer counseling. As a model for other high schools, Centennial students are known to provide training and mentoring to other peer counseling programs.
​
Chairperson – Sande chairs the Arizona Association for Conflict Resolution youth conference. Each year, approximately 300 students attend the conference to learn new skills and strategies to take back to their high schools and enhance their peer counseling programs. With Sande’s mentorship, students from Centennial High School made the leap from attendees to facilitators – providing training workshops to their peers. ​ 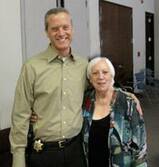 Consultant – Sande works as a consultant developing workshops, training and other programs for groups and individuals. Her Real Life Skills workshops have assisted thousands creating transformational cultural change for both private and public agencies.